Many thanks to our great sponsors: 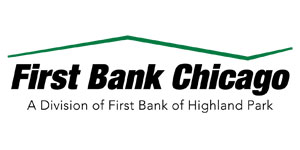 Many thanks to our great sponsors:

Howard joined the Chamber staff as Executive Director at the end of 2005. He is a seasoned professional in the non-profit and business community, having served various organizations in a leadership capacity during his thirty year career.  His experience with children’s camps and conference centers, and as Business Director for large religious congregations has given him the skills necessary to set the Skokie Chamber of Commerce and Industry as a leading Business Association on the North Shore.  Howard brings to our Chamber a commitment to sound fiscal and organizational management, business development and programming. Most importantly, he has a dedication towards customer service, membership development, growing your business and community outreach. Since coming to the Chamber, Howard has directed a renaissance which has included increasing the level and quality of Chamber programming and a true dedication to the success of member businesses. The Illinois Association of Chamber Executives awarded Howard his ACE, Accredited Chamber Executive, designation in 2017. Howard also serves as Vice-Chairman of the Village of Skokie Economic Development Commission. His door is always open to assist you with your membership needs.

Linda Goldman is a Skokie native who recently returned to the Chicago area after living nearly 5 years in the mountains of southwest Virginia near Blacksburg.

Linda is a graduate of Illinois State University with a bachelor’s degree in International Relations.  After college, Linda became a Certified Parks and Recreation Professional and worked at Skokie Park District’s Devonshire Center.  She later became the Assistant Manager of the Glenview Park District Ice Center where she worked for nearly 20 years.

Linda also served as a Board Member and then Community Association Manager for a condominium building in Mt. Prospect, worked with the cultural exchange programs AuPairCare and International Student Exchange and is a founding member of American Model United Nations of Chicago.

We are very excited to have Linda on our Chamber team and know that she will be an asset to the organization, its members and the community at large.  Please stop by the office or attend one of our many upcoming events and introduce yourself to the newest member of the Skokie Chamber of Commerce family!